Disclaimer: By trade, I am not a fashion historian or anything like that. I do love history of fashion in the western hemisphere, and love to track where the current trends in fashion originated. Because there is very little in fashion that is so new that there is no precedent.

Well, let’s see about the newest trend in mainstream fashion – the “cold shoulder”; the high end fashion world set the trend and moved on after the trend filtered down.

I first came across the “cold shoulder” dress made popular by Donna Karan when she dressed celebrities and our former First Lady Hilary Clinton in a black jersey, full sleeved gown with cut outs at the shoulder. Pure drama!  This was 1993.

Let’s move back a little bit to the 1930s and lo and behold, a Chanel design, and then Marlene Deitrich sporting peek-a-boo shoulders in 1934!  The pictorial below is of the cold shoulder trend from its earliest application (that I could find) to today, including sewing pattern offerings. Of course, I also viewed the trend in the window of discount retailers.

Marlene Dietrich in the more tailored and close fitting peek-a-boo shoulder dress, 1934. I could not zero in on the designer. Maybe Adrian??

Image source: I photographed a photo from the book “Star Style” by Patty Fox, Angel City Press, 1995. This particular picture is credited to United Press Telephoto. 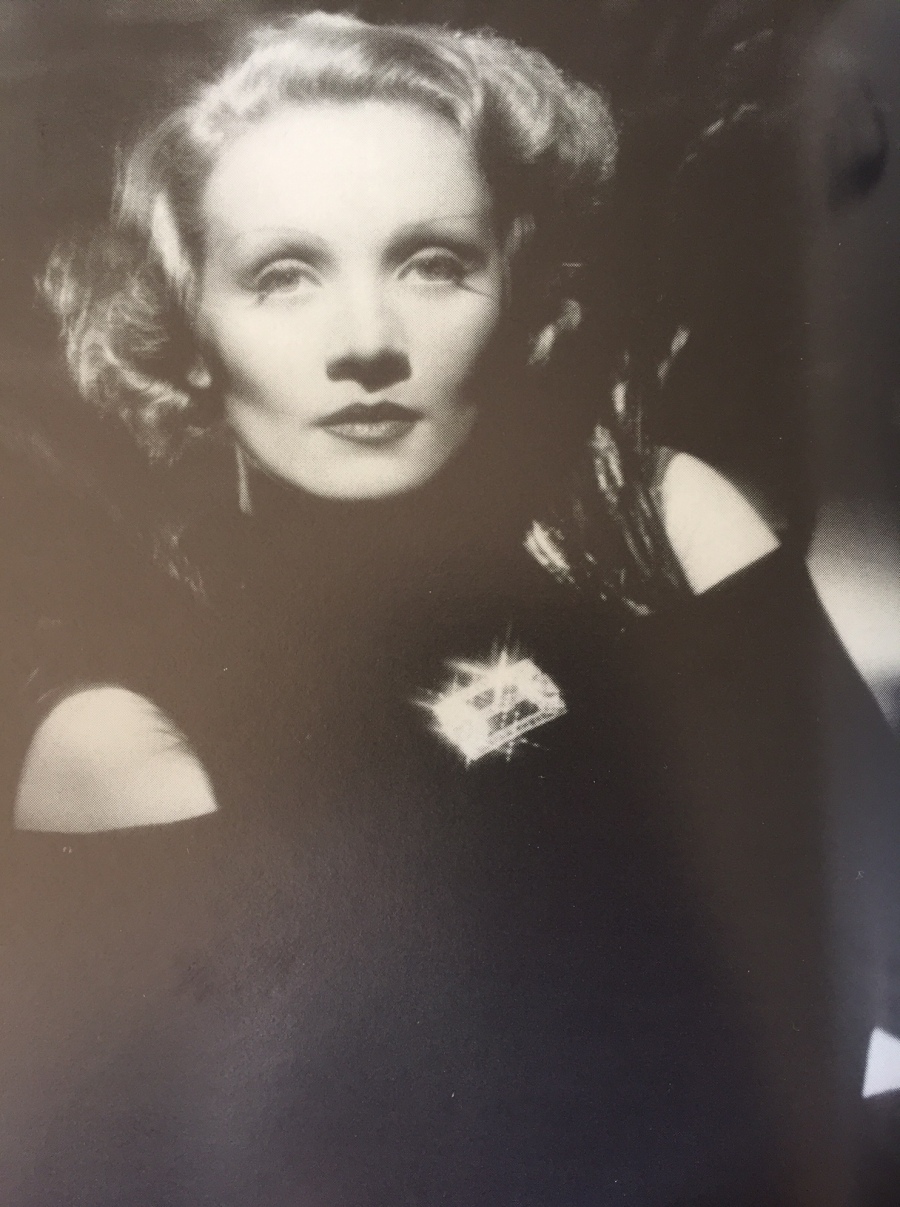 Forward to 1993 when then First Lady Hillary Clinton wore a Donna Karan dress to a state dinner. Image source: Lena Dunham’s Iiterview with Hillary Clinton . Do go to this link to read the interview and look at the 2015 “cold shoulder” influx into high fashion. 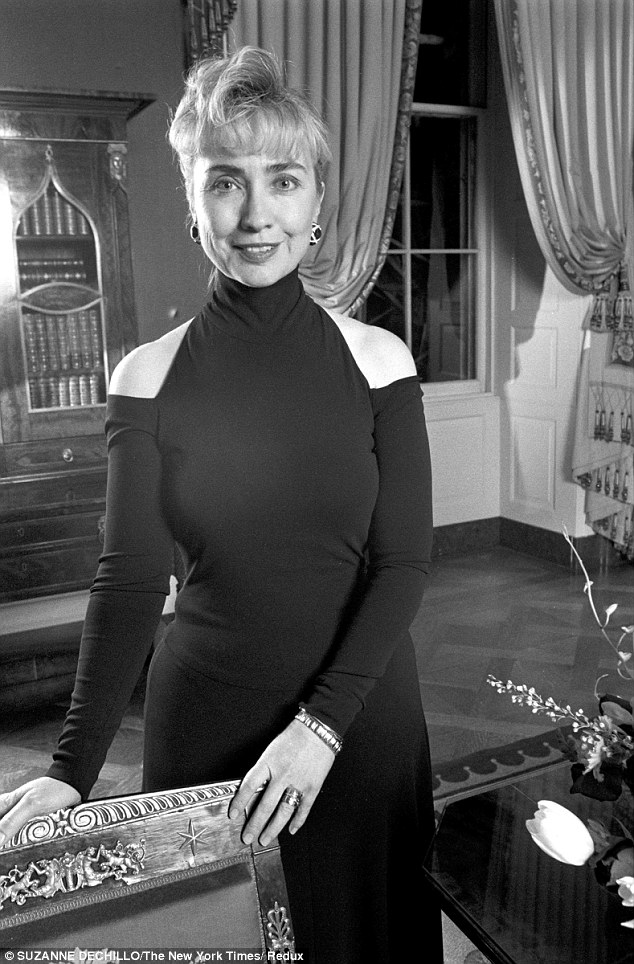 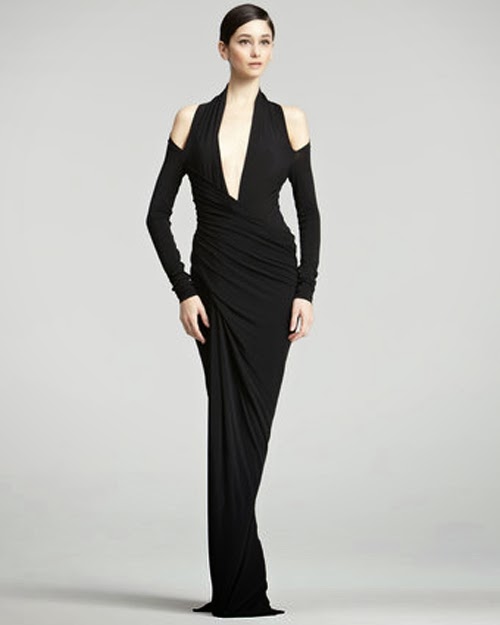 Lena Dunham herself at a season 4 Girls premiere.

So there are two vibes going on with the cold shoulder look. one is structured with a “shoulder cut out” of a set in sleeve while the neck is covered. The second look has a bohemian aura and the dropped shoulder is supported by thin spaghetti straps. As in the Chanel (topmost photo) above and McCalls 7412 below left and Butterick 3650, right. 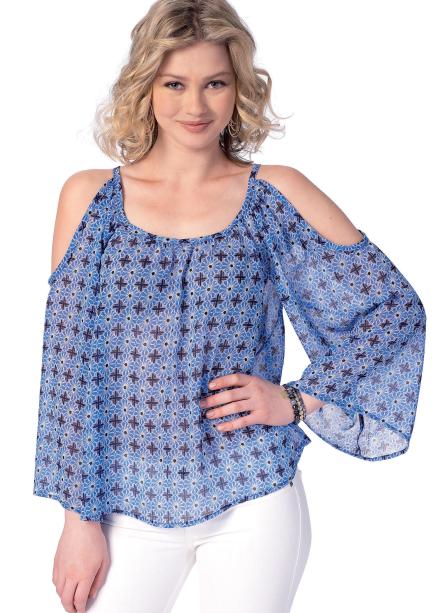 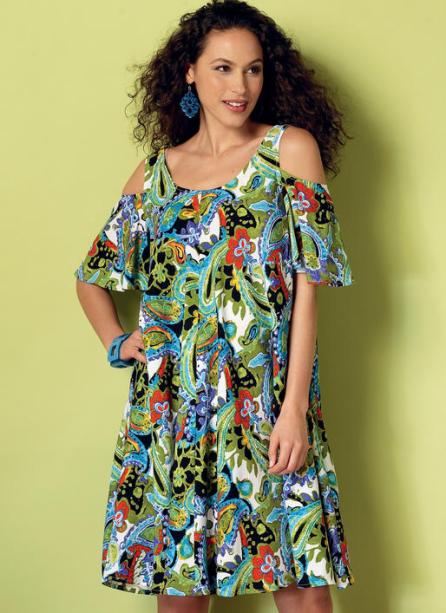 I really like the tailored version of this trend, and plan to make it. I’m planning to use Sewaholic Pattern’s Renfrew t-shirt pattern and alter some things to create my “cold shoulder”. I don’t do well with spaghetti straps and such.

Donna Karan believed that a woman’s shoulders always look good regardless of age, and other figure problems.

So, friends, are you going to make this, or already made it?

3 thoughts on “Nothing’s New. Tracking the The Cold Shoulder Trend”