Recently I had to sew an underarm gusset in a batwing sleeve, at the same time wondering why a batwing (or dolman) sleeve even needs a gusset.   Anyhow, it started out as a godet insertion in the sleeve underarm. It meant 4 insertions which when sew together, served as a gusset. But…. sewing a godet into a slash rather than a seam allowance was a challenge. The end product was fine, but I want to share the process with you with these samples in cotton and linen. The original project was done in a knit.

First, for the beginning seamstresses, a description of both terms:

Godet:  a triangular piece of fabric inserted in a straight seam. It’s mainly for design purposes, and is sometimes crucially functional.  Here’s an example:  A long straight ankle length skirt might need an aesthetic break below the knee, as well function better for movement (such as walking, running, sitting with legs crossed etc).  On a purely aesthetic level, a godet can be inserted in the lower half of a long sleeve, or at the waist of a blouse to create a peplum; godets are frequently added to evening gowns to add flare into the skirt.  A godet can be as small as you like or as large. It is inserted with the point of the triangle at the top, and the opposite widest side at the the hem level.

Gusset:  a purely functional, small piece of fabric; it is inserted at the under arm between all other seams, to create ease of movement in the arm and bodice.  There is no free hanging edge in a gusset. Most of the time, it is not too visible, depending on the wearer’s arm movements.  Mind you, a gusset is mostly found in well-made vintage women’s jackets.

One might say that a godet is the outgoing, flamboyant sister to the discreet, introvert, useful gusset.

Right now I’m obsessed with the godet: the design of my particular project, (a commercial pattern), included batwing sleeves (sleeves cut as a continuation of the bodice), with a gusset at the underarm where the side seam curves out to become the sleeve. The gussets are formed by 4 godets inserted in a slash (one godet in each of the front and back sleeve underarm).

Well, good so far.  Inserting a godet is easy at the end of a seam; but inserting it in a slash is not a happily done task.  Here’s why. The insertion in a seam has seam allowances which can easily be matched with the seam allowances of the godet piece.   But, when a godet needs to go into a slash, the seam allowance becomes elusive.  It can be done successfully if you’re willing to fiddle your way through it.

Inserting a godet in a slash 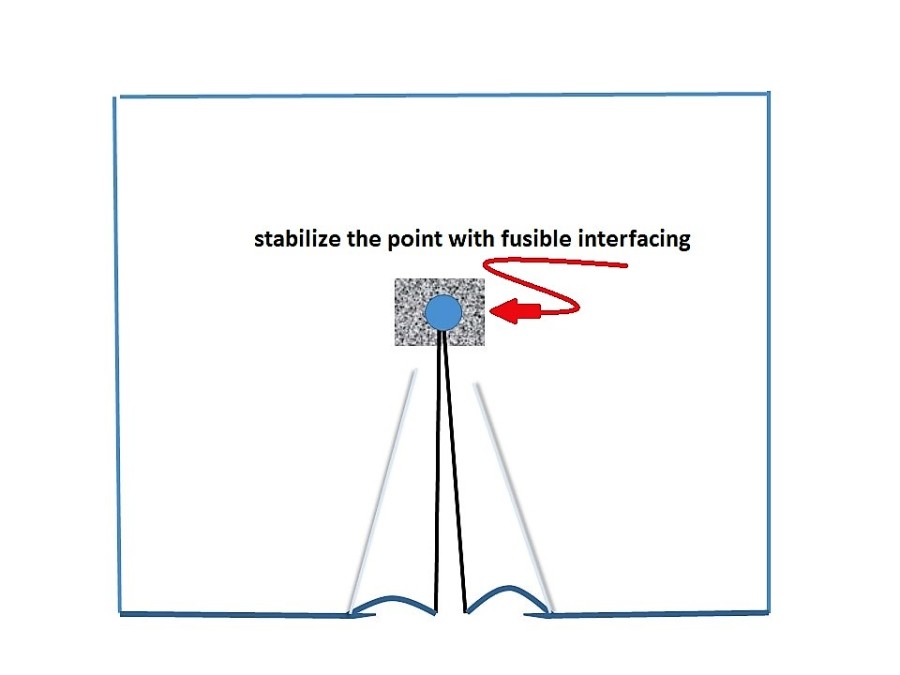 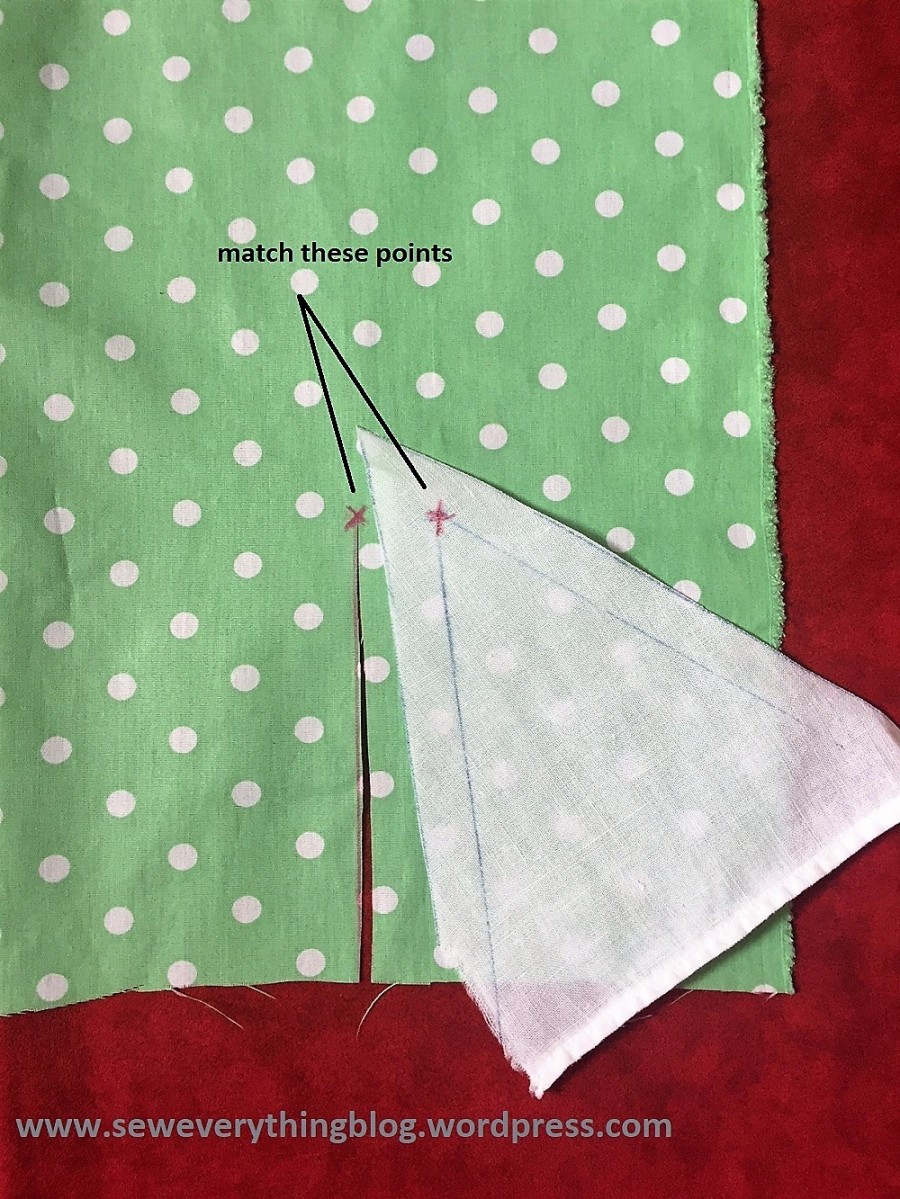 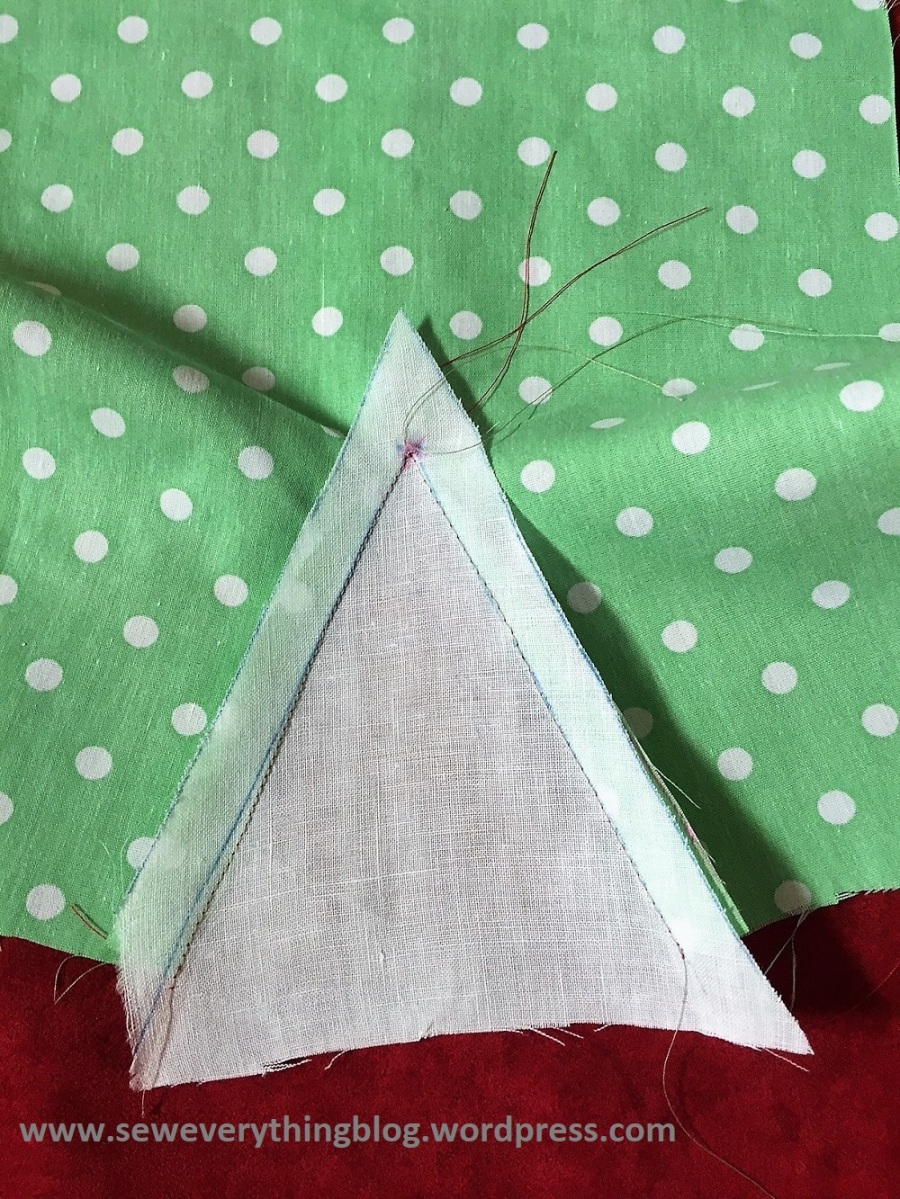 How do four of these godets translate to a gusset? Well, the godets’ lower raw edges are now part of the underarm seam of the batwing sleeve (also known as a dolman sleeve). Once the underarm seam is sewn together, it becomes a gusset.  I’ll visit this process again (the pattern, the style etc) in a later post, a much later post.

8 thoughts on “Sewing in Godets. Lets Nerd Out.” 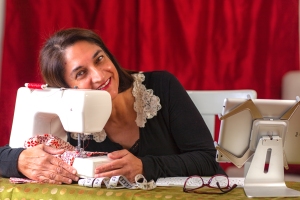